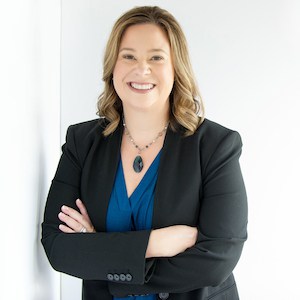 Kristin Kirkner has focused her practice on family law and military family law since 2004.  By limiting her practice to family law, including divorce, paternity, custody, child support, alimony and military divorces, Kristin has been able to focus on the one area that best utilizes her negotiation and litigation skills. Kristin is Board Certified in Marital and Family Law in the State of Florida, and has been accepted in the Thirteenth Judicial Circuit for the State of Florida as an expert in military divorces and division of military pensions.

Kristin is the Immediate Past Chair of the Marital and Family Law Section of the Hillsborough County Bar Association, having served as the Chair in 2014-2015, the Chair Elect in 2013-2014, the Secretary from 2012-2013 and a member of the Executive Council since 2008.  Kristin was selected by SuperLawyers as a “Rising Star” in the area of family law in 2013, 2014 and 2015, an honor that is bestowed on less than 2.5% of lawyers each year and has been named by the National Academy of Family Law Attorneys as a “Top 10 under 40” for Family Law in Florida for 2014 and received the Client Satisfaction Award from the American Institute of Family Law Attorneys in 2014 and 2015.

Before opening Kirkner Family Law Group, Kristin was a partner at DeCort & Kirkner P.L. from 2010-2014 and an associate attorney at the Law Office of Donald P. DeCort, P.A. from 2005 to 2010 and staff attorney at Bay Area Legal Services from 2004 to 2005, where she focused on domestic violence law and domestic violence injunctions.

Kristin grew up in Colorado Springs, Colorado and worked at LexisNexis before attending law school. She moved to Florida in 2004 when her husband was stationed at MacDill Air Force base, and found a true home in the Tampa Bay area.  Kristin is a proud military spouse and the mother of two girls.

Rely on our experience and professional commitment to effectively handle your situation. For more information or to schedule an appointment, Call us at (813) 254-0156 or simply complete our convenient online form.