In most divorces, the marital home or family business is the most valuable asset in the marital estate.  The most valuable asset in a Florida military divorce is usually a servicemember’s right to military retired pay.  Servicemembers and former spouses need to make sure that their attorney has the skills and knowledge to “get it right.”  No one would want to go into surgery with a doctor who lacked experience or special training in performing the procedure.  When it comes to dividing a military pension, mistakes can range from granting the parties an incorrect share of the retirement to causing the former spouse to lose the right altogether.  You cannot afford to become another statistic on inexperienced family law attorneys getting it wrong on the military retirement.

Servicembers frequently ask whether they can exclude their spouse from receiving a full share of the military retired pay.  There are some cases where the court may use a different measurement date, such as when there is a long separation prior to one party filing for divorce.  There are also some circumstances where the court may divide the retired pay unequally based on misconduct or other factors.  However, the maximum that can be paid to a former spouse under the USFSPA is 50 percent of a service member’s disposable retired pay.  In cases where there are payments due under both the USFSPA and under a garnishment for child support or alimony, the total amount payable cannot exceed 65 percent of the member’s disposable retired pay.

An attorney or court dividing a military pension prior to the servicemember’s actual retirement should also account for the servicemember’s basic pay rate at the time of the retirement.  In simple terms, a former spouse is not entitled to pay raises associated with promotions or time in serviced that accrued after the filing date.  A proper calculation is therefore based on the service member’s average pay for the 36 months preceding the filing date.  This is known as a “High 36” calculation.  Failure to properly account for the pay rate could cost a servicemember tens of thousands of dollars or more over the course of the retirement.

Many servicemembers, military spouses, and attorneys believe that a service member and spouse must have been married for at least 10 years for the court to divide the military retirement.  The USFSPA does not include any such requirement.  The 10-year requirement only applies to whether the government will make direct payments to a former spouse.  Specifically, a former spouse is eligible for direct payments from the Defense Finance and Accounting Service (“DFAS”) if the former spouse was married for at least 10 years or more during which the military servicemember performed at least 10 years of military service creditable towards retirement eligibility.  Most authorities refer to this requirement as the “10/10 Rule.”  Significantly, unlike the measurement period for dividing military retired pay, the 10/10 Rule ends on the date of the final judgment, not the date a petition for dissolution of marriage was filed.  This allows some parties who are close to reaching the threshold to delay a divorce or the entry of the final judgment to ensure that the 10/10 Rule is satisfied.

If you are an attorney handling a military divorce, we can co-counsel with you or prepare the order dividing military retired pay to ensure that your client’s rights are protected.  If you are a potential client and your case involves division of military retired pay, please do not hesitate to contact us and schedule a consultation.

Rely on our experience and professional commitment to effectively handle your military divorce and custody needs. For more information or to

schedule an appointment, Call us today at (813) 254-0156 or simply complete our convenient online form below. 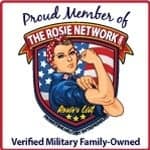