Impact of Remarriage on Custody Arrangements

Impact of Remarriage on Custody Arrangements

The fact that a parent remarries does not, of itself, require any change in the custody of a child. After a divorce, parents are free to form new relationships. As long as that new relationship does not adversely affect a child, the court is unlike to make a change in custody.

In many situations, a parent with custody will allow a child to form a relationship with the new spouse prior to remarriage. The remarriage may or may not result in any real changes in the child’s life. The child may continue spending the same amount of time with each parent, may remain in the same school, and may continue to participate in the same after-school and week-end activities. Disputes arise when the remarriage results in relocation of a parent or causes problems between the former spouse and the new spouse. Where the remarriage interferes with the child’s relationship with both parents, endangers a child, or greatly improves the circumstances of the child, the court will consider a change of custody.

Relationship between Child and New Spouse

In making any determination as to the custody of the child, the court will to seek the best interests of the child. If a former spouse seeks a modification of the custody arrangements, the former spouse must first show a change in circumstances. If a change can be shown, the court will again seek the best interests of the child in making its decision. A new spouse can have a positive or negative influence over the child. Where the new spouse is financially stable, encourages the education of the child, and takes an active interest in the child’s health and well being, the remarriage will result in a positive influence. If at the time of the divorce the circumstances of both parents were shaky and the remarriage of one of the parents results in a great improvement in the life of the child, a court will likely modify an existing custody order to grant custody of the child to the parent who remarried.

In the alternative, where the new spouse is abusive or violent, or shows a marked preference for the spouse’s own children over the child or children at issue, or interferes in the relationship between the child and the other parent, a court can consider the negative influence of the remarriage on the child. Where the remarriage poses a threat to the child, the court will seek to minimize the threat and modify the custody arrangement. It is up to the parent who seeks a change in custody to establish that the new spouse will have an adverse affect on the child. The fact that the new spouse does not get along with the former spouse may be insufficient, but a showing of hostility toward the child by the new spouse, resulting in lower grades or poor behavior, may be enough to convince a judge that a change of custody is needed.

A writ of habeas corpus is a court order that requires that the person or agency who has unlawful custody of a child to return the child to the person who has lawful custody. The writ could be directed at a parent who has lawfully or unlawfully taken the child and refused to return the child, at an agency who wrongfully removed the child from the custody of the parent, or at any other person who is keeping the child from the person with lawful custody. In some states, such as Delaware and Georgia, the writ may be used by a spouse to get a court to make a determination as to the proper custody of a child. In other states, such as Maryland, the writ may not be used for that purpose. The federal habeas corpus law may not be used to establish custody, but may, in some limited circumstances, be used to enforce or contest an existing custody order. 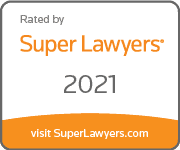