Modification of Custody based on Parental Unfitness

Modification of Custody based on Parental Unfitness

If subsequent to the time a court awarded joint or sole legal custody to a parent, the parent becomes unfit to have custody of the child, a court will not hesitate to modify custody.

There are various reasons for finding parents, or a parent, to be unfit to have the care and custody of a minor child. A mother who carried on an affair with another man for years, passing off her child with that man as the son of her husband, was found to be unfit as lacking morals and unable to teach values to her child. A parent who abuses drugs or alcohol and is unable to care for the children will be found unfit to have custody. A parent who unfortunately was severely injured in an accident or who suffers from a disabling disease, and as a result cannot care for herself or himself, may not be able to care for a child and would be found “unfit.” A parent who cannot keep a job or an apartment, and cannot demonstrate an ability to provide a stable home environment for a child may be found unfit. A parent who physically and mentally abuses a child is unfit. A parent who ignores the needs of a child, fails to provide an education, fails to provide health care, and fails to provide adequate clothing or food will also be found unfit.

A court will look not only at the mental and physical ability of a parent to have custody of a child, but will also look at the parent’s morals. A parent who fails to show up for scheduled court appearances will be seen as lacking in respect and will not be viewed as a positive influence on the child. A parent who consistently brings a child late to school and permits the child to miss excessive days of school is not a parent who puts the needs of the child first and in some states is subject to having the child removed by the local social services agency. A parent, who leaves children under the age of six in a home, while the parent goes to work, goes on a date, or goes shopping, may be found guilty of neglect and not fit to have the care and custody of the children. A parent who uses excessive force in disciplining a child or who disciplines a child in an abusive manner or at times when no discipline is warranted may also be found unfit. A parent who works excessive hours, so that he or she is not awake and able to care for the child or supervise the child’s activities, may be found unfit.

Although a court is required to show a change of circumstances before modifying an award of custody, where there is a showing that a parent is unfit to have custody, the court may modify custody and grant custody to the other parent. If the other parent is not available or fit to have the care and custody of the child, the court may decide to place custody of the child or children with another relative, such as a grandparent, aunt, or uncle, or with a foster family. 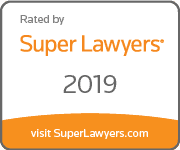